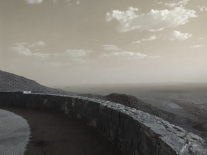 4,300 miles, 68 hours over the course of 3 days on the road. I was a guest at one of the best comic convention on the planet, Heroes Convention, in Charlotte. This was my 3rd year at the show and I’m always excited for it. I drove from Prescott, Arizona down to Phoenix to pick up friend, and fellow convention guest, J. Gonzo, and we headed east. With two drivers we decided to drive straight through.

There’s not much to the trip as we drove along the interstates almost exclusively, but Charlotte is a beautiful town, and the people there are friendly. The drive through the blue ridge mountains in western North Carolina and eastern Tennessee has quickly become one of my favorite stretches of road in the country. As the trip was for work, and on a budget, there wasn’t any time for visits to bars outside of the one in the lobby of the Westin, so that normal part of the story will have to wait for another time.

I was able to go to dinner with a great friend from high school who, as she realized, it had been 23 years and 1 day since we last saw each other. The bonds formed all those years ago on Okinawa remain, and we got along as if no time at all had passed. On the way home I drove from Phoenix to Wickenburg and up the 89 north to Prescott. The view going up the mountain through Yarnell was beautiful, even as the temperatures hit well above 100. From Waddel to Prescott I enjoyed a great drive through 15 miles of winding switchbacks and even after driving so far, those 20 minutes were the most fun part of the trip, outside of drinking and chatting with other comic book artists, which is a major part of the appeal of Heroes Con. 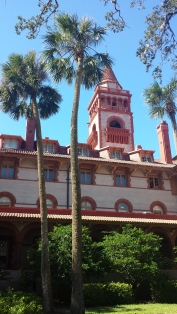 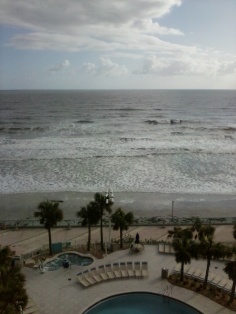